No one ever warns you about The Wall.

Perhaps because it’s a deeply personal experience. Or something that is best to forget.

The adults, the authorities, will just tell you that if you don’t like it here, in this world of boxes and labels and pre-determined fate, then leave. You are a grown woman; figure it out.

And so, in all my naivety, I left.

The gates of the gilded stronghold closed behind me and snickers from the guardsmen at my heels. I gripped the straps of my worn knapsack and breathed.

I put on foot in front of the other and breathed.

I walked past the farmlands and stretches of plains being sucked dry by the gilded city. The machines that were and were not machines toiled in these fields. They barely noticed my existence as I trudged onward to the East.

In the nights, I laid under the speckled dark sky with a fire roaring beside me. I listened to the nightly bird song that I only heard through my headphones. No sirens or screams. No toll to pay.

In the mornings, I walked more. The farmlands gave way to lush greenery that I only dreamt of in my sleep. The air was citrus scent with undertones of a soft rosemary. Less potent, yet more endearing than their synthesized counterparts.

At one point, through the unbeatened paths through this forest, did I shed my gilded box. It was cumbersome and heavy. It did not belong out here, in the untamed wilds.

It took twenty days before I could go no further. My feet ached but not as much as my head.

The Wall stood in front of me.

It towered over me in derelict foreboding. There were cracks and chisels discarded at my feet. Ropes and wires hung from some of these cracks.

I looked right and The Wall stretched.

I looked left and The Wall stretched.

But my compass kept pointing East.

To the other side of The Wall.

I fell to my knees, shaking. My hands clenched at the dirt on the ground, my eyes squeezed shut.

A wail broke from me.

Everything was hot and itchy. The salt from my tears irritated my cracked lips.

I had come all this way for what? A wall? No wonder the guardsmen had a laugh at my confidence. No wonder the elders were dismissive of my words.

I hated it. I hated it so much that I cried harder.

I was completely powerless.

I either return to the gilded city or die out here alone in stubborn opposition.

I hated both poisons.

At some point, I cried myself to sleep.

At least, I assumed that to be the case when I opened my eyes to the dark night sky. There was enough light left on the horizon that I couldn’t decipher if it were dawn or dusk. This in-between space that I hardly recognized.

The world expanded and contracted. My body pinned by the weight of this space.

I wondered, “Is this how those before me found themselves? Staring up into the stars, hoping to join them in their spectacular glow?”

It was a comforting thought. A thought that followed me to my dreams as my eyes drifted closed.

This cycle continued for a while, the days running into each other.

Each day, I wondered if I would become a star.

Then one day, the cycle broke.

I awoke with a chisel in my hand.

Its handle was rough from weathering, but its chisel point was gleaming in the mid-morning sun. Something in me shifted. It wasn’t a major shift or sudden epiphany. Just a want to stand up and drive that chisel right into The Wall that entrapped me.

It would’ve been useless, I had thought, but it would feel good to take these emotions out on this obstacle to the East.

I cursed. I hummed. Everything that was in me attacked The Wall with feverish desperation. It could’ve been days that I was there, without sleep or thirst.

All I remember was the rumble.

My hands had been shaking as I felt the ground around me shake. A crack in The Wall spread from my chisel and it was bowing.

I blinked owlishly before I turned heel to run into the tree line.

The dirt and dust kicked up as The Wall collapsed into itself. I covered my eyes and nose at the last moment.

When the rumbling stopped and the dust settled, The Wall had nearly a twenty foot hole.

A hole overlooking more forest further than the eye could see.

But I could see something odd in the immediate distance.

A plume of smoke rose from the copse of trees.

I could feel tears running down my cheeks and grabbed my knapsack with a chisel in my hand.

There was something out here. There is hope for a life away from the gilded city.

…and I was going to find it.

To be continued…in Part 2: Smoke in the Forest.

I am your resident quirky wordsmith. I indulge myself with fantastical mundane stories and love to nerd out about the art of storytelling. Every day I learn something new and I am happy to share it with you! I want you to come away from every post with something you can use to take action in your own storytelling. View all posts by Magz Harden

4 thoughts on “The Wall”

What do you think? A topic you want me to cover? Leave a comment below! Cancel reply

This site uses Akismet to reduce spam. Learn how your comment data is processed. 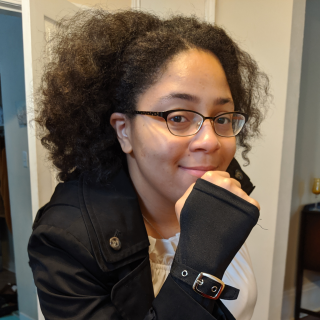 I am your resident quirky wordsmith. I indulge myself with fantastical mundane stories and love to nerd out about the art of storytelling. Every day I learn something new and I am happy to share it with you! I want you to come away from every post with something you can use to take action in your own storytelling.